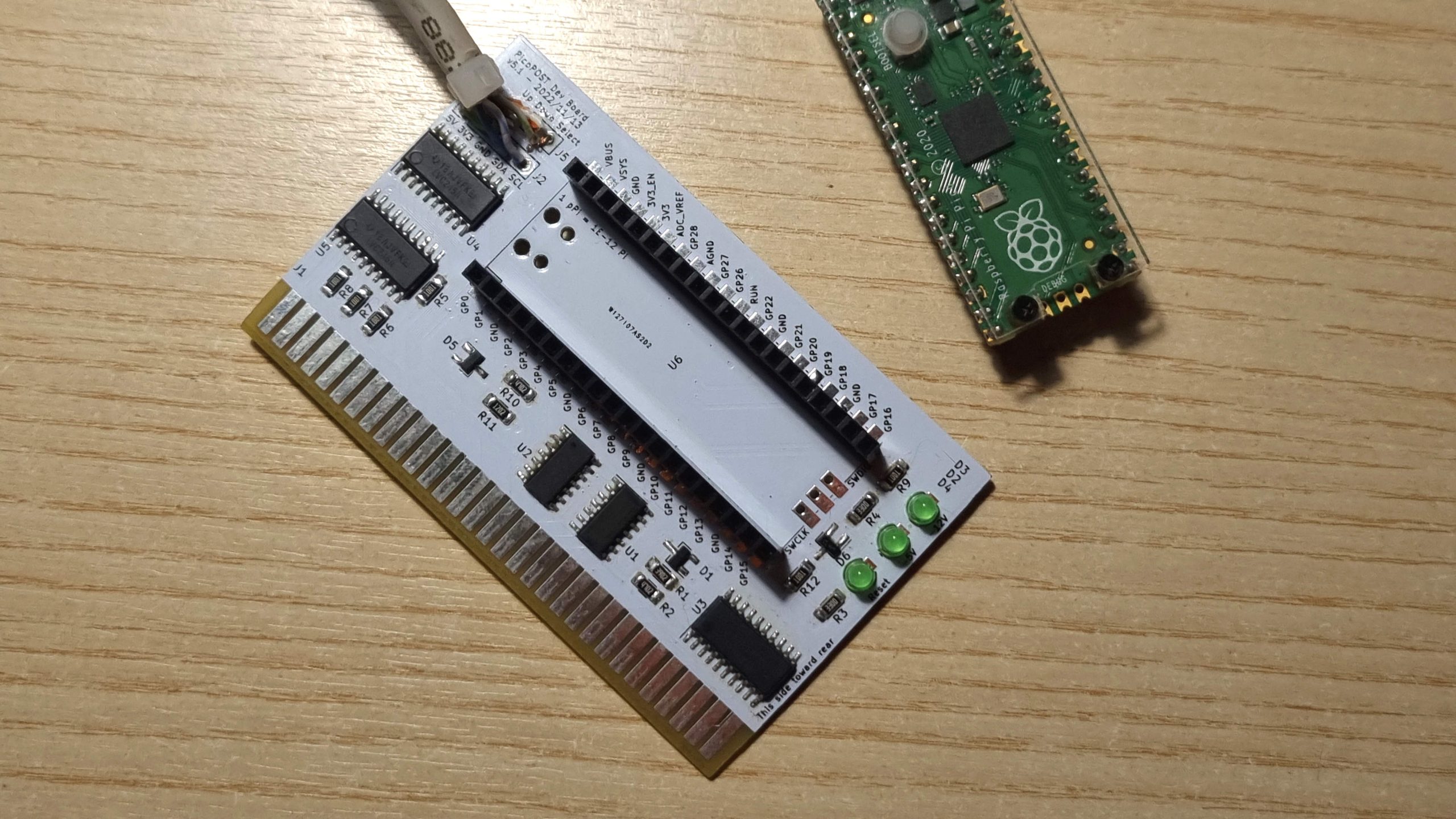 They run a 8051-like microcontroller and usually only provide a 7-segment display and an externally-driven buzzer. Clearly not enough for hardcore geeks…
PicoPOST is powered by a Raspberry Pi Pico and its RP2040 microcontroller. All this dual-core power is used to read the ISA bus in real time, displaying info over a way more flexible 128×32 graphical OLED display.

What does it do?

With the current rev 5 hardware prototypes, we can replicate the original cards’ features and improve them quite a bit in the process:

All this hardware would be useless without firmware. We currently implemented:

What will it do?

Being a Raspberry Pi Pico, firmware is very easy to update. And you will probably want to update it at a certain point in time, since we have plans to have it do even more stuff!

Where do I get it?

It’s an open source project, both for the hardware and the firmware. Feel free to look around the official repository at https://github.com/TheRetroWeb/PicoPOST.

If there’s enough interest, we might consider keeping some stock locally. At the moment, it’s all DIY: download the gerbers, send them to a PCB manufacturer, get the components, assemble them yourself.

Huge thanks to fireTwoOneNine for hardware design and TheRealZago for firmware development.

Special thanks to the small circle who spectated some of the depression and (occasionally) excitement of the initial prototyping and testing. Here, have a cookie 🍪