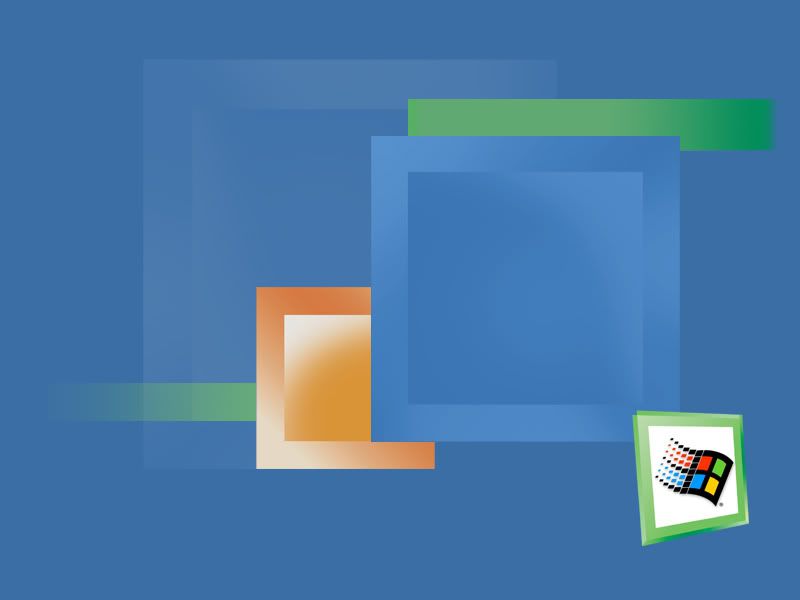 So, you’ve watched loads of those retro tech tuber channels showing off their awesome Windows 98 era computers running everything they want. Now you have decided to build your own, but don’t know where to start? Building a reliable, yet powerful Windows 98 gaming computer can be very hard to pull off. Doing so requires addressing three key criteria, all of which boil down to your own goals and objectives with the machine in general. The three key criteria are:

Let’s start with the DOS support.

DOS compatibility mainly covers support for sound in most DOS games, and also compatibilty with the CGA, EGA and VESA graphics modes. DOS is compatible with pretty much all machines that are PC compatible as an OS on its own, but games in particular will want to have at least a Sound Blaster or compatible sound card installed. This one can be tricky to deal with, as for example, some machines that may appear to be “compatible” with Sound Blaster sound may not actually be.

There are actually quite a few different standards of DOS sound out there. The very basic level, which most games will support, is the Adlib standard. To be clear, Adlib was not something that Creative Labs themselves envisioned. The Adlib was originally a stand-alone card, first released in 1987 by the company Adlib, who were later bought out by Creative. This was one of the first PC audio solutions that weren’t the PC speaker, or proprietary addin-cards, and as such is a very well supported standard. Since then, Adlib support is on pretty much every ISA-based Sound Blaster or compatible clone card made, thanks in no small part to the use of a Yamaha OPL FM synthesis chip, which was an “off the shelf” part, meaning anyone could put cards together. Today there are kit cards which can be built by hobbyists and enthusiasts alike.

The next level of sound support is the Sound Blaster digital / PCM audio standard. This one was created by Creative Labs, and it allows for games to play back sound effects, and in some cases, speech and (very) highly compressed music. For this level of support, you will need to use at least a Sound Blaster 16 or newer card. Older cards such as the Sound Blaster Pro 2.0 have limited support for the standard, but will work in most (not all) cases.

The last, and the most advanced level of support is for the Advanced Wavetable Effects standard. Purely used only on Creative Labs cards, this is supported by the Sound Blaster cards with the AWE branding on them as their namesake suggests. Such cards are the AWE32, AWE64 Gold and AWE64 Value, the quality of the AWE synth really depends on the game and also your choice of card. AWE64 Value cards in particular are notorious for having a small soundfont bank buffer, leading to reduced quality of the AWE Synthesizer.

As well as the AWE synthesis, many Sound Blaster and clone cards also support MPU-401. This standard is better known for what it supports, which is General MIDI music. By connecting an MPU-401 unit to the sound card, the difference in music can be extremely noticeable. MPU-401 is generally well-supported, however it was really only used in the later half of the DOS era (roughly 1989-90 and onwards).

While the Creative Sound Blaster (and Adlib to an extent) is very well supported by nearly all games out there, there are a few additional, less successful sound system standards that exist. These include the Windows Sound System (WSS), Roland MT32 and other synthesized sound formats. We won’t cover them in this guide, however they can deliver higher quality and more richer sound than the Sound Blaster standard. The only downside is support for these can be hit and miss, making them a niche format more than anything else.

In order to make mostly full use of DOS games that you may play, your motherboard of choice will ideally need to have at least one (1) ISA slot included. Most boards will have this at the bottom, and is often the largest slot. If you mainly intend on playing DOS games rather than Windows-based ones, installing Windows 95 may deliver more benefits than 98, if your hardware is more suited to that OS.

Motherboards typically included at least one ISA slot up until the Pentium III era, where most started dropping the ISA slots in favour of more PCI slots, as part of the PC99 standard. Pentium III based systems can still be found with at least one ISA slot, as well as early AMD K7 Slot A / Socket A (462) motherboards. Support for Sound Blaster cards depends on your choice of motherboard having working ISA DMA support.
For checking this, you may need to experiment or look up the board model number on the internet to see if anyone else has tried such a card.

To ISA or not to ISA?

While an ISA sound card is often a perfect choice for mostly DOS-centric gaming, choosing these for Windows 98 can hold back audio quality, and in some cases overall performance of the machine. If you plan on using both DOS and Windows for a wider variety of games, then using a dual sound card setup, with the use of a PCI card as well as the ISA card is strongly suggested.

For getting the most DOS compatibility, I suggest picking up a motherboard with at least one ISA slot. Speed of the CPU does not matter, as long as you are aware of the pros and cons of such a fast or slow system. No one system will be perfect for all DOS games, even with a Sound Blaster or compatible card installed.

In the mid 90’s through to the early 2000’s, 3Dfx Voodoo cards were a big part of the 3D revolution in PC gaming, and are credited with being one of the first successful 3D rendering standards.
If your preferred period of PC games happens to be from circa 1997 through to 2001, chances are that you will run into at least one or more games that use the GLide rendering API as their premier experience. Such games include Tomb Raider 1 through 3, Need For Speed 2 through 4 (High Stakes / Road Challenge) and many more.

Picking the correct Voodoo card for your system depends in particular on your choice of time period. Later Voodoo cards such as the Voodoo3 will not in most cases run early Voodoo 1 titles, especially those that were DOS titles. However, the earlier cards will struggle to run the newer games at acceptable resolutions and framerates. For the best balance of speed and compatibility, consider a Voodoo2 card. It can be added to any system with a PCI slot, and works in tandem with just about any AGP graphics card, if you so choose. The only requirement for the Voodoo2 is a VGA display output for the video passthrough, which can limit somewhat.

Unfortunately, the current market value and pricing of any Voodoo cards means that they are not easily attainable for a newcomer to this hobby. Thankfully, the Glide API that these games use can be emulated easily by newer video cards.
Glide “wrappers” basically pretend to be a Voodoo card, and can run on anything from the NVIDIA GeForce 2, ATI Radeon 7500 or newer. The newer the card, generally the better the performance of the Glide wrapper, which enables higher resolutions and texture qualities.

Use a newer graphics card such as the Geforce4 Ti 4200 or Radeon 9600 to emulate the Glide API. If you prefer original hardware, then a Voodoo2 is suggested, as it can be used in tandem with a more powerful DirectX capable graphics card, while leaving the GLide processing to the Voodoo.

Speed of the CPU

Arguably the most important choice, this one will influence what suitable graphics cards you can use.
This calls into question on what era of games you are wanting to play on your machine. If you are more aiming for earlier (pre 1998) games, then a slower CPU from either Intel (Pentium MMX or Pentium II / Pro) or AMD (K6 series) is strongly suggested. Aiming for a clock speed of 266 to 400 MHz is a good starting point.

Remember, a lot of DOS and early Windows games are speed sensitive, meaning that the faster your CPU is in clock speed, the faster they run. Going past a certain point will cause problems, that point is heavily dependent on the game.

If you are aiming for later games (from 1998 to 2002), then a CPU up to 1.4ghz is suggested. Intel and AMD both have good CPU support here, from the Pentium 3 and 4 on Intel, to the K7 series on AMD (Athlon, Duron, Athlon XP). In this category, you are best off pairing a graphics card to suit your CPU, unless you are doing Glide emulation.

A Warning on Power Supply suitability

Unlike currently available new hardware, older hardware isn’t always compatible with off-the-shelf power supplies. This becomes especially true if you choose to go with a older, non ATX form-factor motherboard (eg. AT), or choose to go with an AMD Athlon / Athlon XP era machine. For each of these, the power supply choices will become more limited. You may be required to use a PSU that has a strong 5V rail, or one that generates -5V (required for certain ISA sound cards, but those are rare).

My suggestion for a good Windows 98 PC?

For me personally, I run an AMD Athlon 700 with a GeForce 2, paired with two Sound Blaster cards. One is the AWE64 Value (ISA), but the other is the Live! (PCI). The reason for the ISA card is so I can have flawless DOS compatibilty, while also gaining access to features such as EAX and reassignable MIDI banks in Windows, as provided by the SB Live. I can also choose to use different driver platforms, as Windows 98 Second Edition allows for the use of WDM (Windows Driver Model) drivers, which provides even more bells and whistles.

The best Windows 98 PC for you is something you will have to decide for yourself, this is only a mere suggestion. Go out and have fun 🙂