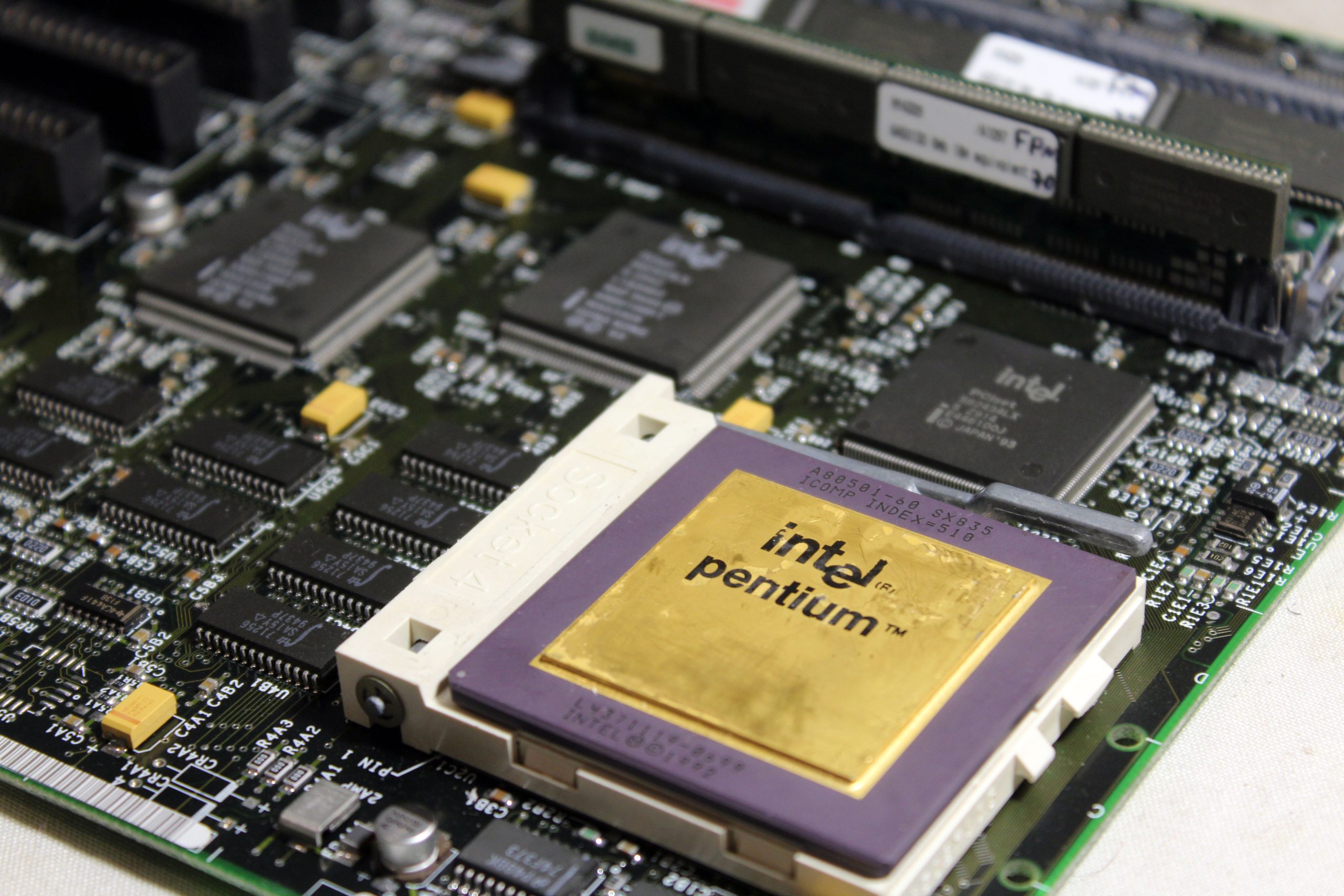 I’ve always had fascination towards obscure pieces of hardware, those that were a result of some crazy overnight engineering like the ASRock combo boards, or those that a lot of time an effort was put into, just to prove a point and be on top of the competition, like the Pentium Pro. But what happens when you push the latter a bit too hard and it backfires on you?

In this article, I’ll try and present (the best I can) my story with the Socket 4 platform and its reference board, which I’ve had many misadventures with over the last couple days of fixing and testing. This is my first article, so please be mindful when you read it, it may have hiccups here and there 😛

To begin with, you may be asking:

But computerguy, did you really spend the insane eBay amounts of money to get your hands on one of those Intel boards?

I’d like to think I haven’t fallen into that endless pit of spending stupid money on retro hardware. We do everything on a budget here!

The way I found my specimen was by accident, really. I was looking one night thru the local listings for computer hardware and came across a pile of untested 486 era boards for rather cheap. So naturally, I asked the guy to send some better pictures of the boards he had in stock. And one of them stood out, with its tilted SIMM sockets and unusually large CPU socket down in a corner. That’s all I could tell from the low-res crisp JPEG images I was sent. Acknowledging that, I took the gamble, and I bought the lot, making the cost per board to somewhere around $15 w/shipping. When the package arrived, I was shocked to find out the odd one was a Batman’s Revenge. Indeed, a Socket 4!  (I may write some articles about the other two 486 boards later, they’re just as interesting)

But there was a big problem, I had no CPU to test in it. Actually, two problems, the board was also scratched all over the place, with cut traces in multiple locations. Great. That’s what you get when buying boards from local recyclers. Very luckily, I somehow managed to snipe a Pentium 60 off eBay that same day for a low price, FDIV bugged one too!

Two weeks passed and the CPU finally arrives, but I ran into a 3rd problem, one of the pins was snapped off (something that was pictured in the ad, but I didn’t spot). Thankfully, not only was it just a power pin, but it was also on the outside row, making it very easy to fix.

With that tackled, it was time to fix the board. The stereo microscope I bought recently made it significantly easier to fix the traces, all I needed was some thin copper wire strands, about the size of the traces, and a steady hand. After about 2 or so hours, I patched the board as well … or so I thought (more on that later).

Now it was time to power it up for the first time. I was anxious not only for my repairs, but also because these boards used some faulty Intel FLASH chips, which are known to corrupt their contents if left unpowered for decades. All the anxiety was relieved though when I saw the AMIBIOS splash screen, counting RAM. Fantastic! I have a working Socket 4 board for cheap. Time to install software and benchmark it.

… And that’s when the pit of frustration opened, and I fell into it. I had all sorts of weird problems, like not being able to load HIMEM.SYS unless I specified a particular kind of machine, or the fact I always got either a blue screen or a protection error at every boot. The few times it managed to boot in windows it was quite unstable and would reboot out of the blue. To make matters even more confusing, a cold boot memtest showed no issues. It was only after a minute or two it started having issues, or when I tapped the PCB just a bit while running. Which gave me the idea to have another look on the underside, and sure enough, I skipped a broken trace in the memory area. Finally, the board was now finally fixed for good, no more errors or weird issues, it was all caused by another, unspotted bad trace.

Now for some benchmarks, I ran Speedsys off my SD to IDE utilities storage and got a score almost identical to an AMD 5×86-133. Interesting result to say the least. Next, Quake in 640×480 struggle a bit, averaging about 18 frames per second. Last one I tried was 3DBench 1.0c, which gave a score of 65.6 points. I didn’t go into much detail with the benchmarks for now, I was just curious how did this setup stack against the more budget friendly 5×86. But there is one more thing, something you have to do if you own FDIV bugged hardware 😛